It’s easy to accept the current trends in today’s computer industry, especially when new frameworks appear with fresh precoded modules and assured super-fast speed. Mobile apps are more popular than ever before. The smartphone’s rise in popularity and speed has made this incredible advancement in mobile app development services. The development of mobile networks to the point where we may always be connected to the internet has also been a great contributor.

Android and iOS are the two most popular mobile operating systems. However, deciding which platform to employ to obtain the best consumer interaction is always a difficulty when designing an app for your business. Both Flutter and React Native are gradually becoming the most popular cross-platform development languages for creating native iOS and Android apps. These are two cross-platform mobile frameworks with a lot of cool features, active user communities, and a lot of pre-programmed modules to help you develop faster.

To clear up any doubts, we’ll compare these two frameworks – Flutter vs. React Native – to see which one will be the greatest fit for your next development project. It’s critical to assess these two approaches, understand their benefits and drawbacks, and select an implementation strategy that matches your requirements.

Overview of Flutter vs. React Native

Flutter is a cross-platform user interface framework created by the Google community to help expedite the creation and development of compelling native apps. It was released in 2018. Flutter is a free app that uses the Dart object-oriented programming language. It’s regarded as one of the most popular open-source frameworks with a comprehensive development ecosystem.

Use Case for Flutter

Flutter’s stats are as follows

React Native is a Facebook-created open-source JavaScript framework for developing cross-platform mobile apps for Android and iOS. Developers may make use of React Native’s strength by connecting it with various platform features and smoothly blending needed functionalities. Developers will also be able to create applications in Java, JavaScript, Swift, and Objective-C using react Native.

Use Case for React Native

Some interesting Facts about React Native

Pros and Cons of Flutter vs. React Native

Reloading the platform allows the developer to see the changes that have been made in real-time without losing the application’s state; this saves time and boosts productivity and efficiency.

The usage of out-of-the-box apps is Flutter’s most significant feature, guaranteeing a consistent development and design methodology. It also includes a set of powerful Google-based widgets that create high-quality code and outperform other open-source frameworks.

The written programs may simply be transferred across platforms, making them ideal for MVP development.

Flutter contains the Skia graphics engine, which is a high-performance, open-source graphics engine that allows users to create custom-designed apps for Android and iOS devices.

Because testing is only required for a single code base, this feature saves build time by allowing for quick iteration cycles.

Flutter is one of the newest mobile app development services that is still developing; thus, libraries and third-party tools are restricted.

Another disadvantage of Flutter is the enormous file size of its apps. Having a small file size, on the other hand, improves runtime and performance. Furthermore, mobile users require enough RAM to hold bigger applications.

Programmers must first master DART before they can use Flutter. Flutter may raise the cost and time of any project by requiring an additional learning process.

Inability to deliver updates and patches into programs without going through conventional release processes.

Native rendering is a benefit of React Native. React Native leverages a host platform to render APIs natively without the need for CSS or HTML markup.

React Native interacts with native Android and iOS components and even generates native API codes that are free of interference. React Native enhances speed by using threads that are precisely distinct from native APIs and UIs.

The app’s look is automatically rendered with every state change thanks to a rich ecosystem and UI frameworks.

Even though the developer is not recompiling the program or putting new codes directly into a live application, hot reloading allows them to alter the source code to inspect the codes.

React native has a modular design and architecture that enables developers to quickly update their apps. Furthermore, it’s a good idea to contact react native development company if you want to enjoy the benefits of a simple and less complex user interface. It employs a software interface to minimize extraneous parts to accomplish correct application sequencing.

If you need to create a mobile app with a variety of transitions, animations, and interactions, React Native might not be the best option. Some native UI components may not be supported by the native API rendering, making the UI seem out of sync.

Third-party libraries that were utilized for a more efficient implementation may become outdated.

Performance can be slowed if multiprocessing and parallel threading aren’t supported.

Modifying the Chrome debugger, which inspects scripts and UI components with accuracy, may be difficult. Allowing its interaction with Flipper to solve this problem would be beneficial, given Flipper provides debugging tools.

When considering investing in mobile development, it is critical to weigh your alternatives and select an implementation strategy that best suits your goals. These influencing elements are seen in practically every firm throughout the world, and they provide a clear picture for making better judgments.

Both Flutter and React Native are open-source applications that encourage users to use hot reloading. It improves productivity by minimizing the number of times you have to halt and resume your programs to receive changes. Due to the availability of native components by default, Flutter does not require a bridge to interface between native modules but React Native requires. As a result, React Native performs poorly when compared to Flutter.

Source code execution in React Native must enable communication and data transfer by bridging the gap between JavaScript code and the device’s native environment. Flutter, on the other hand, builds to the native x86 and ARM libraries without the use of any other layers. As a result, it can run code with fewer resources and in less time. Flutter also includes a C++ graphics rendering engine, allowing for better and quicker animations in this cross-platform solution.

Native visual components and appearance are acquired by React Native, resulting in a customized and seamless experience. Furthermore, when the operating system is upgraded, the application pieces are updated separately in order to ensure compatibility and usability with other native programs.

Flutter makes adopting a traditional neutral design easier across all devices, reducing the project scope. Apps in Flutter have the same appearance and feel independent of the device model or operating system version. Furthermore, unless specifically modified, navigation and other components stay unaltered.

The foundation of React Native is built on JavaScript, which means that many developers are already familiar with it, making it easier to find a developer solution. Flutter developers, on the other hand, charge a lot less; getting one from you is really tough. It’s more common among the current generation of developers than among the more advanced.

However, both of these frameworks were created with unlawful licenses by the world’s two most powerful IT companies. As a result, Flutter is simple to use and resists changes brought on by operating system upgrades. For further adaptation efforts in system upgrades, React Native, on the other hand, significantly relies on native components.

On Android and iOS devices, Flutter supports a number of recommendations. You may require native development for React Native and Flutter for good functionality. Although the writing element can help with some issues, it ultimately leads to less upkeep.

Flutter plugins are available from the Google team. These plugins make using the app’s tracking functions a pleasant experience. While React Native is great for one-time tracking, continual monitoring might cause problems that can only be handled by coding pieces in the device’s native programming language.

These two technologies provide high levels of security for mobile apps, allowing them to comply with regulatory requirements. However, using fewer third-party libraries is advised. Furthermore, storing less data on the client-side is always preferable. Finally, extra login verification is necessary when the user closes the program or locks the screen because these authentication tokens may expire.

In open source development, a wide community of contributors is required for success. The emphasis that Reacts Native places on these deployments is outstanding. This framework was immediately adopted by Facebook engineers. On React Native’s numerous social media accounts, you may readily obtain information. Flutter is a smaller version of React Native that evolves at a significantly quicker rate. It’s also becoming more popular. Use these Google Flutter applications to get the most out of the Flutter vs. React Native community!

Final Thoughts – Flutter vs. React Native: Which Should You Pick?

Flutter vs. React Native still doesn’t have a clear winner after studying numerous factors of these technologies. Because every project is unique, selecting the right framework is largely dependent on the aspects of your project and your company’s needs. Nonetheless, the flutter and React Native frameworks are fantastic frameworks that may help you construct a cross-platform application faster and easier than the vast majority of native technologies now available.
These two frameworks each have their own set of benefits and drawbacks. There is no such thing as a one-size-fits-all approach that will suit everyone.. It all relies on your organization’s unique requirements to decide how you’ll hire react native developers or flutter developers. In general, Flutter is the best choice for bigger projects that need native programming. React Native, on the other hand, is well-suited to apps that can be built using plug-and-play modules. If you already have a team of talented JS developers, React Native could be a better fit. On the other hand, if you require a stunning and highly customizable design and are already comfortable with Dart rather than JavaScript, Flutter is a good solution.

Tips In Increasing the Online Presence of a Business

Why Entrepreneurs Prefer Laravel Framework For Their PHP Web Development? 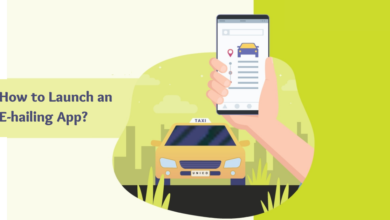 How to launch an e-hailing app in your locality? 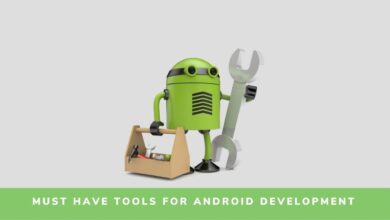 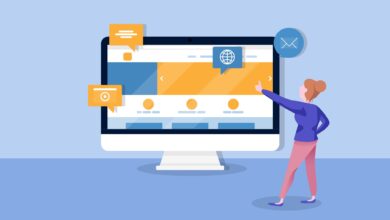 Why Your Business Needs a Responsive Web Design 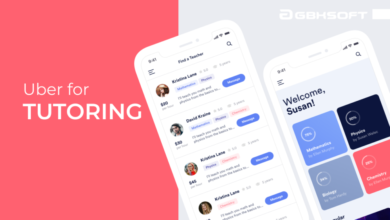